When I Fall In Love 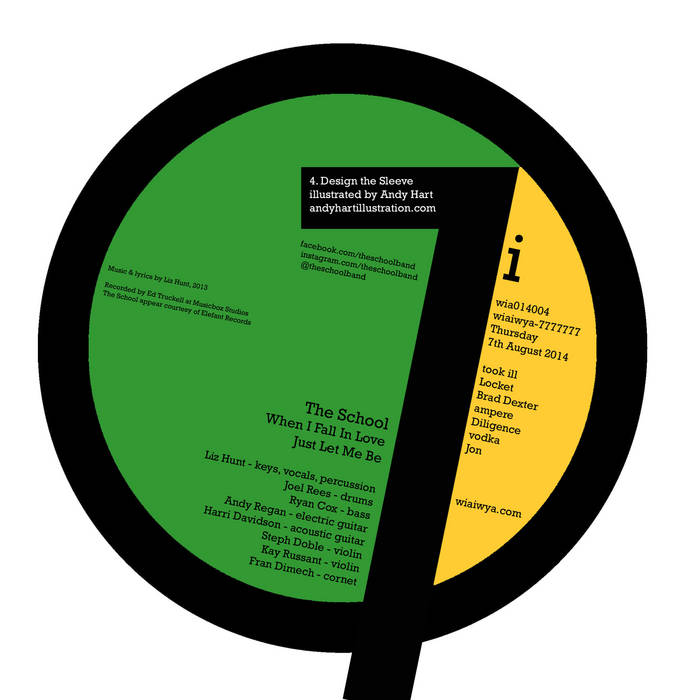 It has been a while since we heard news about our beloved THE SCHOOL (though soon we will be telling you about their next album, which they are already in the process of recording), but we have news for their fans. The British label WIAIWYA run by our friend John Jervis is back this year with their 7777777 Singles Club and they are releasing a 7” Picture-Disc collection on the 7th of every month from April to December, including releases from bands like MY FAVOURITE, THE LEAF LIBRARY, and TRICKY MAMMOTH. This collection includes a release from Liz’s band for this coming August 7th.

Two marvelous, previously unreleased songs which will be released in digital format by Elefant Records. The title track, “When I Fall In Love”, is especially worth pointing out; it’s full of a special energy, halfway between new-wave and the Motown spirit. It is an immediate hit with an unforgettable chorus that gives the finishing touches to that tropical-flavored bridge, led by a simple yet delicious guitar arrangement. And it will definitely have a leading role in the group’s repertoire in their upcoming concerts. On the B-side, “Just Let Me Be” is a fun, playful rock ‘n roll, sweet and timid, endearing and addictive, with echoes of BELLE & SEBASTIAN thanks to that precious trumpet solo, which is clearly their trademark style.

After having creating incredible hits with their first two albums, having appeared in more than 70 best of the year lists all over the world, having gotten people like Molly Ringwald (“The Breakfast Club”), Dave Rowntree (BLUR) and the prestigious English journalist Everett True to join their legions of fans, THE SCHOOL are back in record label news in full force, like only they can do, with two really incredible songs.